The War of the Lions is the second announced game in Square Enix’s “Ivalice Alliance” series of video games set in the Ivalice fictional world. The first is Final Fantasy XII: Revenant Wings (a sequel to Final Fantasy XII) and the third is Final Fantasy Tactics A2: Grimoire of the Rift (both of which were released on Nintendo DS). Ivalice (during the setting of the game) has technology in line with the late medieval era of human history along with the typical magic and supernatural abilities found in most Final Fantasy games. Players control a mercenary named Ramza who finds himself embroiled in a civil war and an ancient demonic evil that has begun to take hold over the world. A noble by birth, he is forced to re-evaluate his opinion of commoners when his lowborn best friend starts a revolution against the ruling powers of Ivalice.

The game was overhauled during development to take advantage of the PSP’s screen ratio and technical abilities which resulted in new cutscenes, the capacity for multiplayer, and other features. War of the Lions also includes new playable characters from other Final Fantasy titles, such as Balthier from Final Fantasy XII and Luso Clemens from Final Fantasy Tactics A2: Grimoire of the Rift, as well as returning favorite Cloud Strife from Final Fantasy VII, who was playable in the original release of the game. The War of the Lions received strong reviews upon its release and has since been adapted for mobile phones and tablet devices. 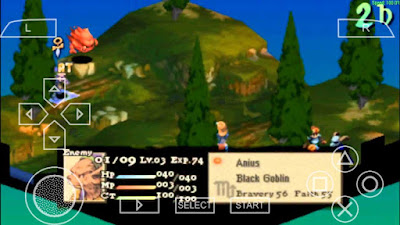 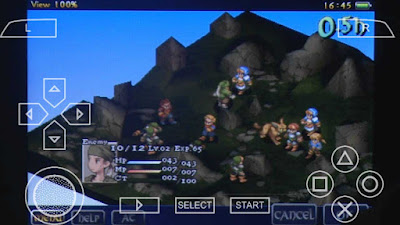